Clare PPN Submission to the consultation on the National Action Plan Against Racism:

Click on the link below to read our submission:

Clare Public Participation Network frequently makes submissions on National and Local Government Consultations. We do this by alerting our member groups to the consultation, offering to hold a consultation meeting and if there is interest from our groups, colleges or expert groups we work together to collaboratively create a submission. When compiling such submissions we also refer to priorities identified or motions passed by our member groups at Plenary meetings, previous Clare PPN submissions on relevant topics and most recently we also refer to the Wellbeing Vision Statements for Clare Created by our members in 2020. 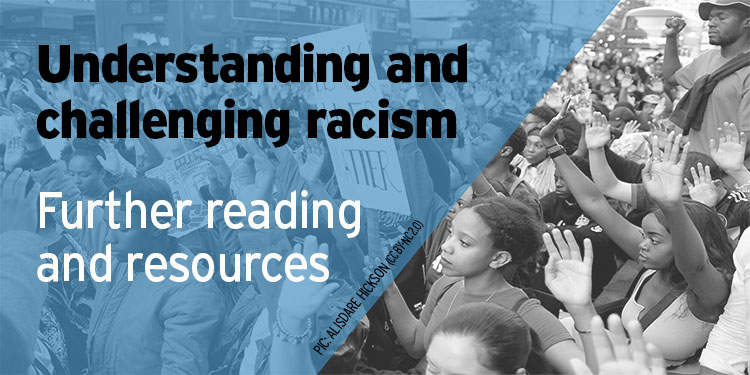 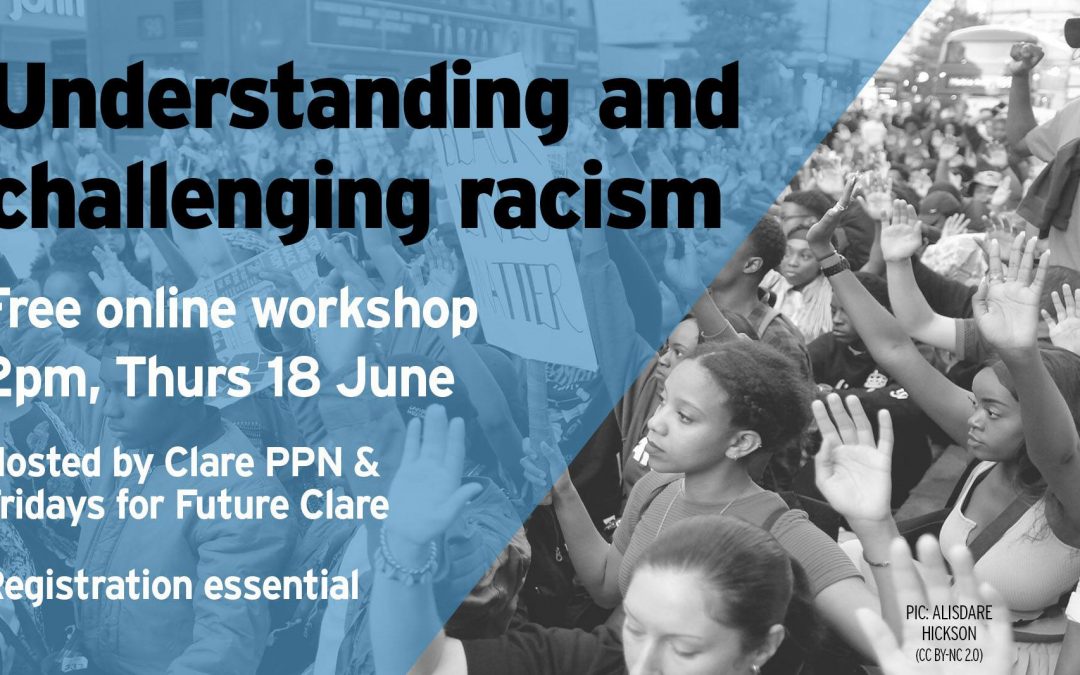 hosted by Fridays For Future Clare and Clare PPN

We are delighted to be joined by Vicky Donnelly of Galway One World Centre, Ryma Halfaoui and Oein De Bhairduin for this workshop.

The recent Black Lives Matter protests in the US and beyond have raised the issue of racism like never before. In this free online workshop, hosted by Clare PPN and Fridays For Future Clare, we’ll take time to explore and clarify some questions, including understanding what racism is in the first place, how racism operates in Ireland – including racism against Travellers – and ways of taking action.

This participatory workshop, at 2pm on Thursday 18th June, will be led by Vicky Donnelly, Ryma Halfaoui and Oein De Bhairduin. We aim to create an open space for people to share, listen, reflect, discover, grow and learn together. There will be a short break halfway through the workshop.

IMPORTANT! If you would like to take part in this workshop please email newsletter@clareppn.ie to reserve a place. Because of some unusual activity on a booking site regarding this event we will need your name, address and phone number to secure a place. This information will be handled in line with Clare PPN’s GDPR policies and will be deleted immediately the event is over. You can read our privacy and data policies here: https://clareppn.ie/privacy-policy/

We will confirm receipt of your registration by email and will send a zoom link to all participants on the morning of the event.

Register by sending your name, address, and phone number to newsletter@clareppn.ie