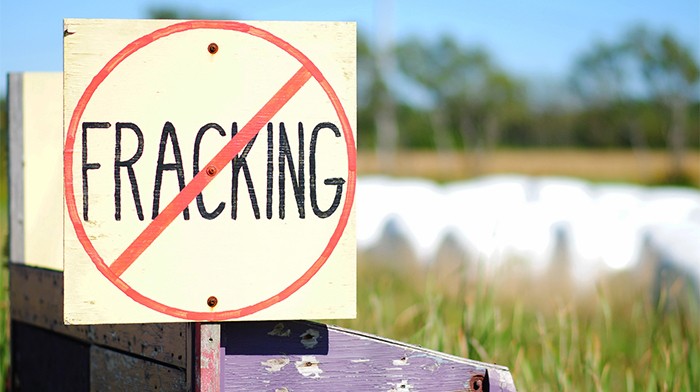 Clare County Council has unanimously passed a motion calling on the Irish Government to propose a global ban on fracking at the United Nations General Assembly “on climate-mitigation, public-health, environmental-protection and human-rights grounds”.

The historic motion, part of a global initiative calling for a UN resolution to ban fracking, was proposed by Cllrs Pat Hayes, Cillian Murphy and Tony O’Brien at the Council meeting on Monday, June 21st.

Proposing the motion, Cllr Pat Hayes (FG) pointed out that Clare was the first local authority in Ireland to ban fracking, in 2012, which led to a national ban in 2017. He praised the “wonderful organisations here in Clare who have supported this ban, including Futureproof Clare, Fridays for Future Clare and Clare PPN,” and said the environment was the most important issue for the Council to have on its agenda.

Cllr Cillian Murphy (FF) said: “The longer fracking takes place, the greater the body of evidence that these activities are dangerous and include detrimental impacts on water, air, climate stability, public health, farming and human rights… We do not tolerate fracking here in Ireland. So it is only right and proper that Ireland introduce and lead co-sponsorship of a UN resolution to propose a global ban on fracking. To do otherwise would be entirely and utterly hypocritical.”

Susan Crawford (Green Party) said the Irish Centre for Human Rights has stated that fracking “impacts several rights, including the right to life, health, water, food, country … and the right to safe, clean and healthy environment.”

In April the Irish Centre for Human Rights and a group of Irish NGOs wrote to the Irish Government, arguing that Ireland was uniquely well-positioned to lead this effort. As well as being a member of the UN Security Council, Ireland became one of the first countries in the world to ban fracking in 2017, and in 2018 it became the first country in the world to introduce legislation to divest public funds from fossil fuels.

At Clare PPN’s last plenary meeting on May 11th, it was unanimously agreed that Clare PPN supported the call for a global ban on fracking at the UN.

The campaign for the Irish Government to bring this proposal to the UN is the subject of an international petition, to which all community groups and individuals can add their names. You can read all about the petition and sign it, at this link:
https://docs.google.com/forms/d/e/1FAIpQLSfGfUdrM6ZnDdXBip2ilCUwBA2uwnIFz_VV1N9CHYX13xMWTA/viewform