Work experience
Graham has over 40 years’ experience of working with community-based and public passenger transport operations in Ireland (since 1990), Britain (1976-1989) and Australia (1974).  His work has been at all levels, as project volunteer, project co-ordinator, local and national committee member, local authority officer, national development officer, researcher and consultant. He has recently retired (December 2016) as Assistant Manager of Clare Accessible Transport.

Graham has been involved in transnational European projects at various levels, including the preparation of proposals, managing and co-ordinating projects, leading work packages, serving on advisory committees, organising and chairing meetings, seminars, workshops and conferences.  This involvement has been related to a number of EU research and technological development projects on rural, urban, multimodal, accessible and sustainable transport since 1995 and to a number of EU training, research and technological development projects on ICT, including teleworking and distance learning from 1994 to 2004.

Working Groups/Committees
Graham was (1995) a member of the Mobility & Transport Working Group of the Commission on the Status of People with Disabilities.  He was a member of Clare County Council’s Transportation & Infrastructure Strategic Policy Committee from 2005to 2007.  He was a Director and Board Member of CIÉ, Ireland’s national public transport operator, from April 2008 to April 2011.  He is a Chartered Member of the Chartered Institute of Logistics & Transport in Ireland, has served as Chairperson of its Western Section and on its Education Committee.  He served for many years on its Policy Committee, for which he co-ordinated the drafting of a Policy Brief and submission to the Minister for Public and Commuter Transport on local and rural transport.

Membership of local community & voluntary organisations
Graham has been a member of numerous organisations involved in local development, housing, co-operatives, transport and environmental campaigning.  He is a member of Clare Accessible Transport, Irish Seed Savers, East Clare Community Co-operative and Killaloe/Ballina Community Garden, all of which are based in the Killaloe Municipal District. 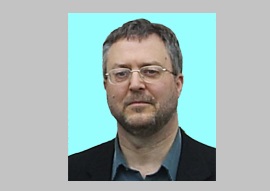