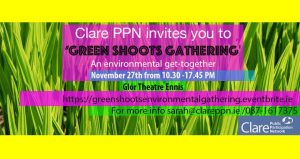 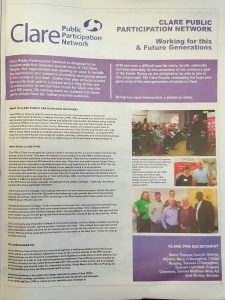 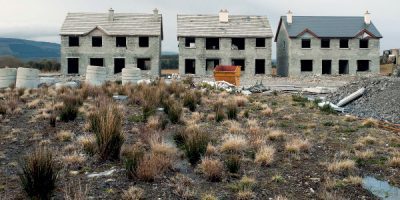 Ireland is in the midst of a housing crisis, rents have spiralled, thousands are homeless and yet there are over a quarter of a million houses empty in the country. If this is something that concerns you Clare Public Participation Network would like to invite you to its next event:  ‘Housing Matters- A workshop on housing policy from Dr Rory Hearne’

We are very lucky to have Dr Rory Hearne who is an academic, author and policy expert in housing coming to deliver the session. Dr Hearne has been at the forefront of researching and advocating a human rights and equality based approach to addressing the housing crisis. He also worked for many years as a community worker and policy advisor on the urban regeneration and human rights project in Dolphin House in Dublin’s inner city.

The whole event will be practical, friendly and informal. It will be chaired by Clare PPN member Mary O’Donoghue, who for her day job is the Coordinator of the West Clare Family Resource Centre. It will aim to make sure that people who are working or who want to work towards fair, sustainable and rights-based housing policies in the county get to meet and to engage with each other around the issues and have a chance to become more informed.

Clare PPN has elected community representatives on Clare County Council’s Housing and Planning Committee and on the Local Community Development Committee and these representatives will be attending the workshop hoping to identify the main issues of concern in the county so that they can raise them on the bodies they sit on.

This event is open to the general public and so everyone is welcome to attend- housing policy affects everyone so please feel certain that you are welcome.

Dr Hearne’s academic, media and policy analysis of housing in Ireland include:

How the Government Should Tackle the Housing Crisis, The Irish Times, May 11th, 2016

The State Must Intervene in the Housing Market, The Irish Times, October 22nd, 2015

Hearne, R (2014) The importance of standards and community: Tenants experience of social housing in Ireland, in Sirr, L. (ed.) Public and Private Renting in Ireland, Dublin: Institute of Public Administration

Hearne, R. & Redmond, D. (2014) The collapse of PPPs: prospects for social housing regeneration after the crash, in MacLaran, A. & Kelly, S. (eds.) Neoliberal Urban Policy and the Transformation of the City, Basingstoke: Palgrave Macmillan